A Little Want To

"There ain't no excuse that's what my mama said.  You gotta get up and get outta bed.  Roll up your sleeves, put your back into it.  If you gonna get it done then you better get to it."  Reba McEntire


Lord have mercy I don't remember hearing these exact words from my mama, but I'm pretty sure I heard something pretty close.  Probably more like, you better get up, if you can rip and romp all night, you can get up and go to church.  Now her definition of "all night" and mine were way different.  Mine meant getting home somewhere close to the time she told me too.  Her's was more like be there before she told me too.  Ya'll that have been following me know I'm not a rule follower so if mama said be home at 12:00, I'm gonna be late come hell or high water.  Not to be defiant, that's just the way I roll.

"A little nothing I can't do attitude."  This takes me back a few years, well more like 40+ years when I played basketball.  I'm one of those people that you don't tell me I can't do something because I will probably let you know real quick, I can do anything I want too, but more than anything I will do it just because you said I couldn't.  This one particular coach told me I would never play for him because I was too short.  My Junior year I won MVP of the Lanierland Tournament.  I so wish the song "How You Like Me Now" was written 'cause I would have certainly sung it to him.

Having a little want to inside of you is such great words.  Listening to the song I wonder how many people fail because they just don't have the want to.   Maybe their home life isn't as good as it should be, maybe they're out of a job or maybe they just feel like a failure.  Trust me folks, I've been out of a job and more times than one I've felt like a failure, but you just got to put your favorite pair of boots on and pick yourself up.  Pick yourself up and get that little want to inside that will make you keep trying.  You know the saying if at first you don't succeed, try, try again?  Well heck yeah many times it's taken me more than one or two tries but after three or four times I usually get it right even if it's making the same mistake again.

No matter what people say, dreams do come true.  I've never been famous for anything but don't you know Reba was told many times that singing would get her nowhere?  Look at her now, one of the biggest female singers in country music.  She definitely had that nothing I can't do attitude and it's taken her a long way.  She's gotten knocked down a few times, I mean she just went through a divorce after way many years.  I'm sure she felt like giving up but look at her now, if the tabloids are right, she's in love again.   I bet she put on her favorite boots and told her self, self "ain't nobody got time for this."

Lesson today?  Look at the picture below.  It took me a minute to figure it out, had to read it a second time, but it's true.  If you think you can, you will.  If you think you can't, you won't.  Don't get caught up in thinking you can't.  Don't let what someone tells you be the reason you give up.  I remember as a kid hearing the saying "can't never could", well how true is that.  If you think you can't you probably won't, so go ahead and put on your favorite pair of boots, grab holt of your "I can do anything attitude," put on your big girl panties and for the love of Peter, Paul and Mary just do it!!!   Go ahead and reach for the stars, give it your best shot doing what you've always wanted to do and didn't have the I can do anything attitude.  Come on, I got cha back 'cause I want you to be the best you can at whatever you want to do. 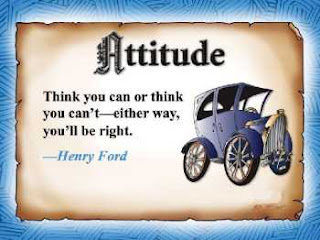 LOVE TO ALL,
SWEET SOUTHERN SASS

Posted by Sweet Southern Sass at 5:54 AM